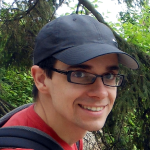 The migration framework has been a part of Django since version 1.7. That's been 7 year now, however it still has powerful abilities that are not widely used and well known.

This talk will discuss how we can use migrations’ secret powers in response to changing business requirements, and how to create less complicated and more robust migrations with less downtime.

My name is Mariusz Felisiak, I'm a member of the Django team since 2017. I'm also the Django 4.0 and 3.1 release manager, and a Django Fellow since 2019. I have greatly enjoyed contributing to more than a dozen open-source projects.